Chinese New Year is coming up this Friday! It’s the year of the horse. Some of you might celebrate, some of you might not, but anyone can still enjoy some yummy Chinese cookies this week! 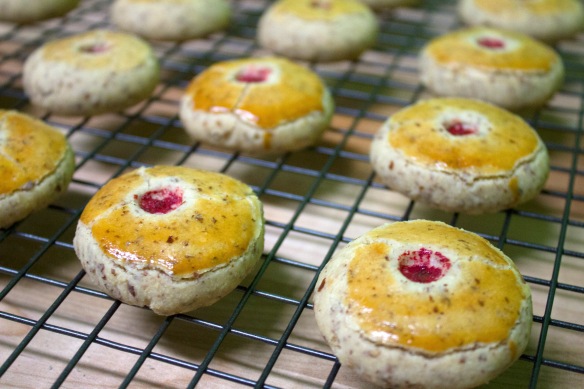 These have a really interesting texture: crisp, flaky, dense, and melt in your mouth all at the same time. But there really isn’t much to them! 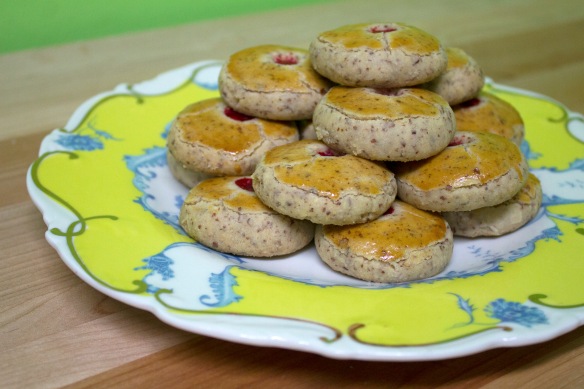 Instructions
1. Preheat oven to 350F. Line a cookie sheet with parchment paper.
2. In a large bowl, mix together dry ingredients.
3. Slowly add in oil, mixing well until a paste forms. It will be slightly crumbly but you should be able to form it into a ball without it falling apart.
4. Roll into 1 inch balls and place a couple of inches apart on cookie sheet. Slightly flatten.
5. Dip the back of a chopstick in food coloring and press into the center of each cookie.
6. Brush tops with egg.
7. Bake for 15-20 min until golden brown, rotating halfway through. Let cool and enjoy! 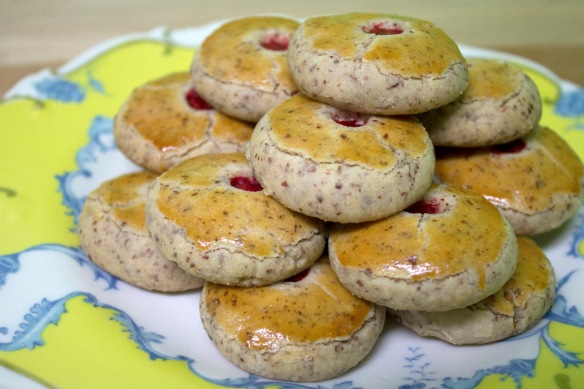 I’m done with final exams! Hooray! Only a few days left until graduation, and I’m getting very excited. 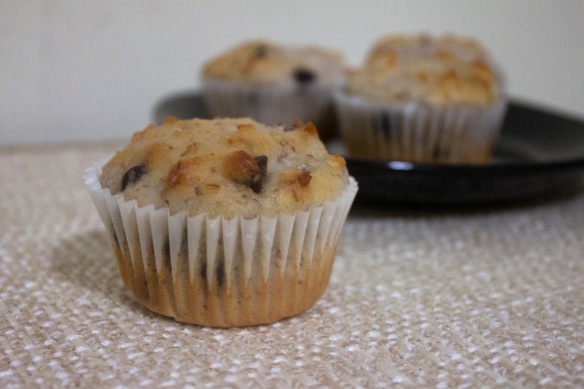 During finals week, there are always free muffins before the early morning finals. A couple of my friends were sad there weren’t any GF muffins, so since I had leftover flour after making cookies, I decided to make them some GF finals exam muffins! 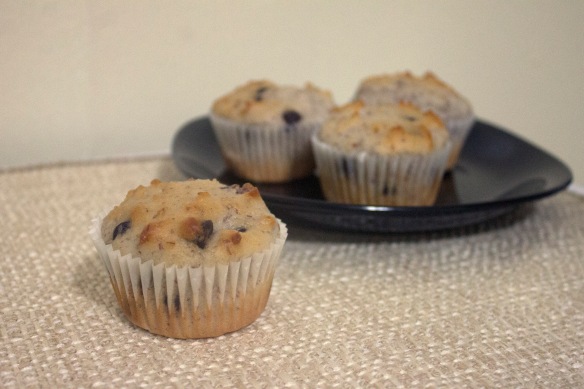 Instructions
1. Preheat oven to 350F. Line a muffin pan with paper liners.
2. In a large bowl, sift together flours, baking powder, and salt. Set aside.
3. In a smaller bowl, mix sugar and egg. Add oil, extract, yogurt, and milk.
4. Add wet to dry and mix until combined. Fold in chocolate chips.
5. Bake 20-25 min until browned. 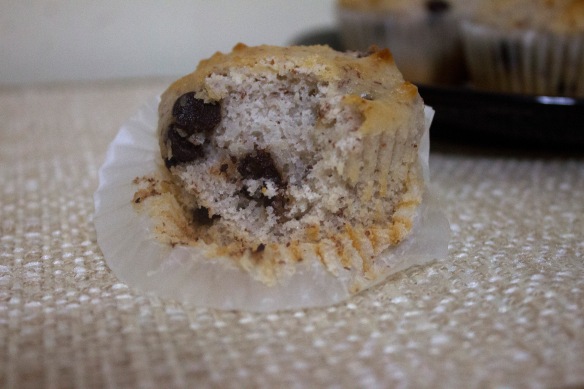 I don’t like Martha Stewart. I tend to avoid her recipes and I never buy her craft supplies. I just don’t like her. But her macaron recipe is fabulous. I followed it exactly, so I’m just going to link you to it. I feel awful linking to her website because I really don’t like her, but you gotta do what you gotta do I guess.

I had whipped up a batch of mousse a few days before, so I used that as the filling for the macarons. The best part about this mousse is… it’s secretly healthy! Not to mention vegan. Which is kind of silly since I put it inside an egg based cookie, but you can eat this by itself too. Or use it as a dipping sauce for fruit or something. It’s not quite as fluffy as normal mousse, maybe a little closer to pudding, but still so delicious and summery. 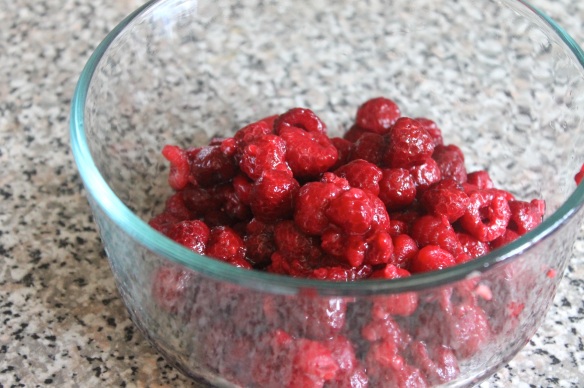 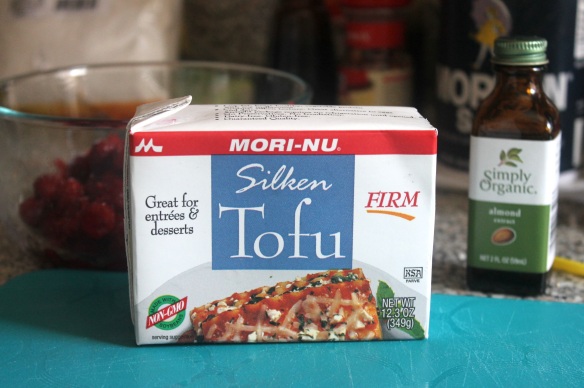 Instructions
1. If using frozen raspberries, thaw and drain.
2. Put everything in a food processor or blender until smooth.
3. Transfer to serving dishes or a large plastic container and chill in the refrigerator at least 2 hours. 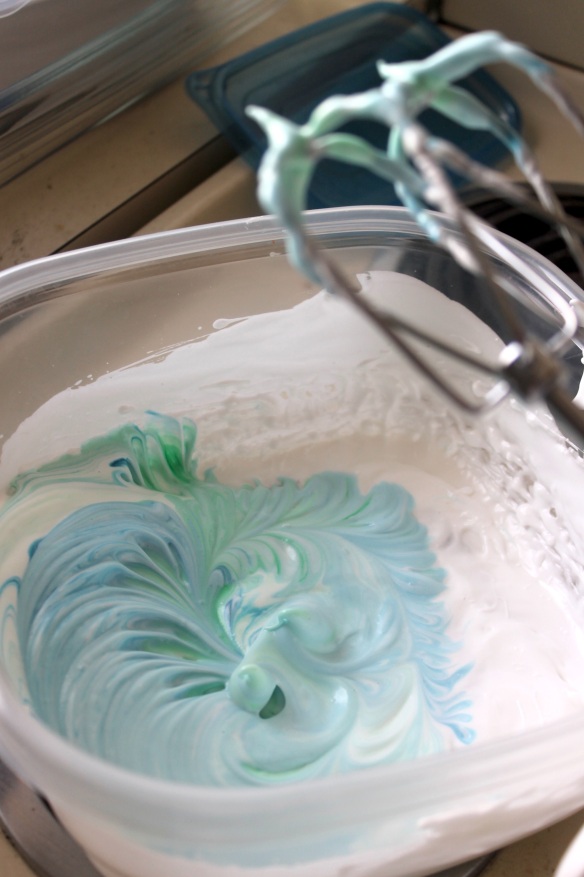 For the macarons, I thought teal would complement the pink of the mousse nicely. Also, a note about the recipe – when it says beat the egg whites for 8 minutes, it means it. Don’t cut out early. 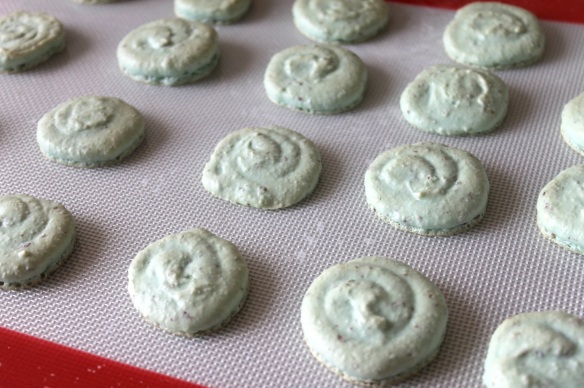 I used a frosting tip to pipe the batter out, but you could just snip off the corner of a plastic bag. They might not be as pretty, but they’ll taste the same!

Hey there! I'm Alyssa, a vegetarian 20-something with a passion for baking and sharing my creations.